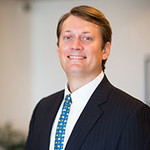 Nicholas Vita co-founded Columbia Care in 2012 and serves as Chief Executive Officer. Nicholas has over 25 years of experience serving in corporate leadership roles, investing capital, structuring and funding public/private partnerships and providing strategic advisory services to Fortune 500 companies throughout the U.S., Europe, Asia and Latin America. Prior to Columbia Care, Nicholas was a Partner and served as the Chairman of the Investment Committee at Apelles Investment Management, LLC, a private investment management company focused on the healthcare and privatized military infrastructure sectors. Before Apelles, Nicholas was a General Partner, member of the Investment Committee and the Portfolio Manager for the Healthcare Sector at ARX Investment Management. Previously, he worked in the Investment Banking Division at Goldman Sachs & Co. Inc. as an Analyst, Associate and Vice President in the Healthcare Department where he focused on mergers, raid defense and corporate finance. He is a graduate of Columbia College, Columbia University where he was a member of the Men’s Varsity Heavyweight Crew Team. 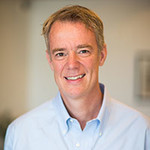 Michael Abbott co-founded Columbia Care in 2012 and serves as Executive Chairman. He also serves as Chairman of its’ Board of Directors and sits on its Nominating and Governance Committee. Michael joined Swiss Bank Corporation in 1990 as an Associate in Equity Capital Markets and was transferred to the Bank’s Chicago branch in 1993 to work with SBC O’Connor. In 1996, Michael joined Goldman Sachs as a Vice President in the Convertible Trading and Sales Department and later led its Structured Product Trading and Origination Group. Michael co-founded the foreign exchange trading hedge fund, Elysium Capital, in 2002. In 2006 he became Chief Executive Officer and head of the investment committee of Robeco Sage, a multibillion-dollar fund of hedge funds. Michael was appointed Chief Investment Officer of the Cornell University endowment in 2010. In 2012 he became a Managing Director at the Raptor Group, a single family office based out of Boston and New York City. Michael started his professional career in 1983 as a London police officer. He represented the United Kingdom as a marksman with the British team throughout the 1980’s and was the British Police Champion Marksmen in 1986. Michael matriculated at King’s College London’s School of Law, graduating in 1990 with a Bachelor of Laws degree. Michael serves on the Advisory Counsel of King’s College London Business School. Michael was conferred a Fellowship of King’s College, London in December 2020. 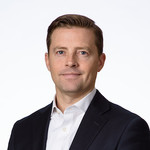 David Hart joined Columbia Care in 2016 and became Chief Operating Officer in 2018. Prior to joining Columbia Care, David served as Chief Operating Officer of Abyrx, a venture capital-backed medical device company that developed, manufactured and commercialized a portfolio of intraoperative cross specialty hemostats. Prior to his time at Abyrx, David was Chief Financial Officer and Chief Investment Officer at Alpine Capital, a family investment office for the Ranawat Orthopedic Group at the Hospital for Special Surgery, where he was responsible for capital allocations, direct private investments and all healthcare investments. David was formerly Partner and Head of Healthcare Equity Investments at Apelles Investment Management. David started his career in the financial services industry in the Mergers and Acquisitions groups at Thomas Weisel Partners and Duff & Phelps. David has an MBA from Columbia University and is a graduate of Duke University, where he was a member of the Men’s Varsity Golf Team. 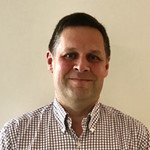 Lars Boesgaard joined Columbia Care as Chief Financial Officer in 2018. Prior to joining Columbia Care, Lars served as the Chief Financial Officer of Roka Bioscience which he helped take public through an initial public offering. From 2007 to 2009, he was Vice President of Finance at Insulet Corporation. From 2004 to 2007, Lars served as Senior Director of Financial Services for Alexion Pharmaceuticals, Inc. Lars began his career holding various finance positions at Novo Nordisk A/S in Denmark and Japan. Lars earned an MBA from the Richard Ivey School of Business at Western University in Ontario, Canada and a Bachelor’s degree in business administration from Copenhagen Business School. 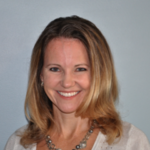 Mary-Alice Miller joined Columbia Care in 2017, and she serves as Chief Legal Officer and General Counsel. Prior, Mary-Alice founded a digital media company and served as its Chief Executive Officer for five years until she successfully negotiated its sale. Before to making the leap into entrepreneurship, Mary-Alice was a corporate attorney advising businesses, from start-ups to public companies, for over 12 years. She started her career as a corporate attorney at one of the nation’s leading law firms, Ropes & Gray, where she worked on venture capital financings, leverage buyouts and general company representation. She then spent several years at Fidelity Investments as Vice President, Associate General Counsel and Corporate Secretary where she focused on financings, board governance matters and corporate restructurings, as well as worked closely with the business development team on strategic ventures. After Fidelity, Mary-Alice worked with the venture capital firm General Catalyst on its seed, venture and growth investments. She is a graduate of Boston College and Boston College Law School. 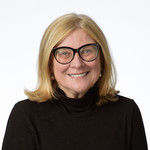 Rosemary Mazanet, M.D., Ph.D., began advising Columbia Care in 2013. She joined its Scientific Advisory Board as its Chair in 2015 and became its Chief Scientific Officer in 2017. Rosemary trained in Internal Medicine and Oncology at the Brigham and Women’s Hospital/Dana Farber Cancer Institute before starting her industry career at Amgen in the early 1990s as the head of Clinical Research. At Amgen, Rosemary was given broad responsibilities as one of the first US trained clinician scientists in her field, where she led multiple successful product development initiatives (4 INDs and sBLAs, one BLA, CE mark and IDE) including FDA panel presentations. Rosemary moved into public equity in 1998 when she joined Oracle Partners LLC in New York as a General Partner. Since that time, she has been a presence in public and private equity biotech and specialty pharma investments, most recently as a General Partner of Apelles Investment Management. In addition to serving as a life sciences management and investment professional, Rosemary has served as a C-suite executive at several biopharma companies and led development programs ranging from IND submission through NDA approval and commercial launch. Her ability to conceive, articulate and execute strategic development and financial vision in public and private company environments enables her to guide Columbia Care’s research efforts, including at many of the top national academic sites. Among the many boards she is on, Rosemary is a Charter Trustee at the University of Pennsylvania School of Medicine and is the Co-Chair of the Leonard Davis Institute Executive Advisory Board at Wharton. 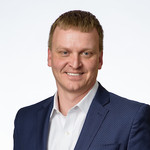 Bryan Olson joined Columbia Care in 2017 as Chief Human Capital Officer. Now, as Chief People and Administrative Officer, he is responsible for the human resources, diversity and inclusion, corporate affairs, physical security, corporate compliance, M&A integration, project management, and internal communications functions of Columbia Care. He brings over 25 years of relevant experience, more than 15 of which as a senior executive in human resources at several leading global companies across multiple industries. Prior to joining Columbia Care, Bryan was Chief Human Resource Officer for global law firm K&L Gates where he received the HR Hero Award from a leading national outplacement and career coaching organization for “elevating the strategic role of HR.” Bryan previously held senior HR executive positions at Aetna and United Technologies Corporation. He is a former Practicing Employee Benefits and Executive Compensation Attorney at Skadden Arps and started his career at Fidelity Investments. He holds a bachelor's degree in Business from Westminster College, a Juris Doctorate from Boston College Law School and is a member of the Bar in Massachusetts. 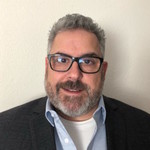 Guy Hussussian joined Columbia Care in 2018 as Chief Data Officer. He brings with him more than 20 years of Engineering, IT and Operations leadership experience. Prior to Columbia Care, Guy was responsible for Cloud Infrastructure Engineering and Operations groups at IBM where he was tasked with deploying and running IBM-Aspera High Speed Transfer Service. Prior to IBM, Guy built and ran Automation and Site Reliability Engineering teams for VMware's Infrastructure as a Service offering; VCloud Air. Guy started his career as a Software Engineer in healthcare, then transitioned to run Global IT for Workshare, a document security software company. He brought Agile Engineering to VMware IT services before his work in public cloud infrastructure. His experience in secure engineering, operational compliance and high scale distributed services is what is needed to govern the data systems that are used to run Columbia Care operations and drive R&D. 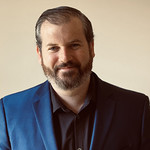 Jesse Channon joined Columbia Care in December 2019 as Chief Growth Officer. Jesse is an accomplished leader with over a decade of experience in digital marketing, consumer targeting, grassroots campaigns and social media, having advised and worked with some of the largest brands and agencies in the world, including Microsoft, AT&T, Honda, Starbucks, NBC, Red Bull and more. A member of the founding team at PageLever, a Y Combinator-backed company, Jesse oversaw all revenue and partnerships, working with companies such as YouTube, Intel and Toyota to build one of the first real-time applications on Facebook’s API and earning certification in the first wave of Preferred Marketing Developers. In 2013, PageLever sold to Unified, a New York City-based Ad Tech company, where Jesse spent six years on the senior management team. After Unified, Jesse served as Chief Revenue Officer for Social Native, a custom content marketplace. He serves on the Entrepreneurship Advisory Board for the Harbert School of Business at Auburn University, the Marketing Board for UJA in New York City and mentors first-time founders of early stage startups.